How To Care For The Peaceful, Beautiful Guppy

*  What to Feed Your Guppies

*  Are Guppies Compatible With Other Fish?

The Guppy is an eye-catching, easy to care for, ornamental fish originally from South and Central America.

Hobbyists have been keeping guppies in aquariums since the early 1900s.

In addition to being attractive, guppies also do an excellent job of controlling water related pests. Guppies have been used to control insects that can carry deadly tropical diseases.

Peaceful and tiny, the male measures up to an inch and a half, while the female can reach up to two and a half inches. Besides size differences, males can have a large colorful tail and more intense body coloration.

Are you captivated by the Guppy’s beauty? Read on…

One of the most common freshwater aquarium fish is the peaceful, gentle Guppy. 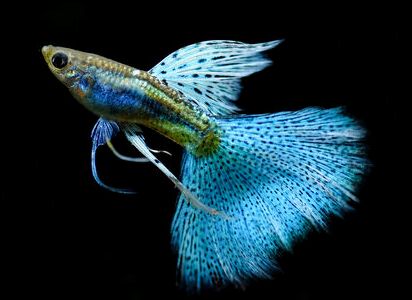 Guppies have also been introduced in several regions worldwide. You can now find them anywhere.

A Guppy’s colors and markings vary greatly depending on the variety. Some varieties are yellow, orange, peach, blue, and red, while others are black and yellow.

In nature, Guppies live in streams, lakes, and ponds. The majority of Guppies prefer freshwater, but there are also plenty that live in brackish (slightly salty) water.

It is common to find large schools of Guppies residing among dense aquatic plants. This helps protect them from predators.

Beautiful Guppies For Sale on Ebay 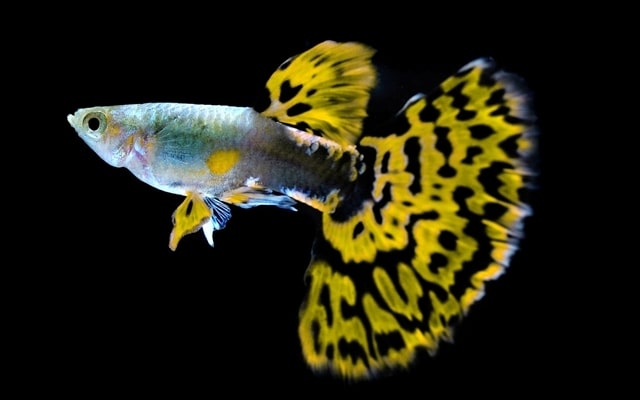 Insect Larvae? Yuck. (What to Feed Your Guppies.)

Aside from insect larvae, Guppies eat a variety of organic matter, such as algae, invertebrates, and other types of organisms.

These fish consume many different kinds of food in an aquarium. Adding high-quality commercial flake and tablet food in addition to live or frozen foods such as bloodworms, brine shrimp, or daphnia will make these fish more colorful and their behavior more natural. I buy my “live” like foods like this one on Amazon: https://amzn.to/3wnNvW1

Hobbyists consider Guppies a very peaceful fish that are quite sociable.

Despite the Guppy’s peaceful nature, the males can fight among each other when they are trying to mate with the females. Their constant persistence on breeding with females is the reason for this. Because of this, it’s wise to keep three females to each male when stocking your aquarium.

Male-only aquariums are not recommended, as male fish can become quite aggressive towards one another, causing damage to their fins and causing stress to individuals.

An all-female tank is an interesting option, as they rarely fight with each other. When you buy females, they almost always come pregnant, so it won’t be all females for long. 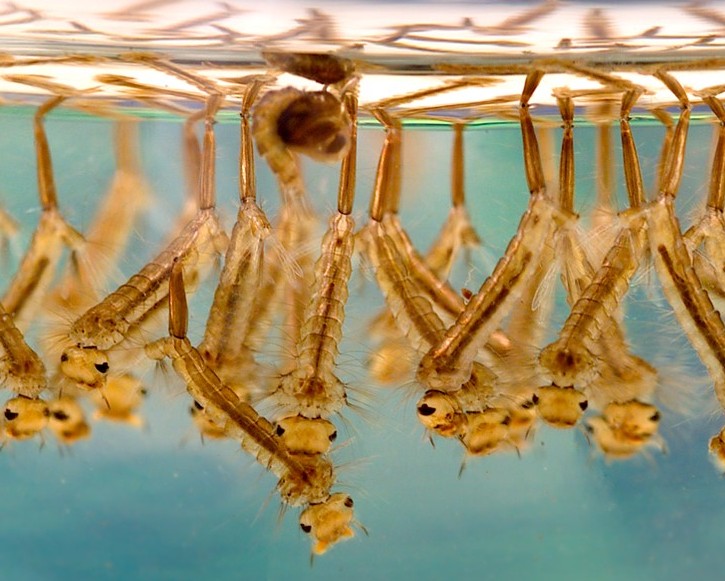 This file was first published in a Public Library of Science journal. PLOS Journal link.

How to deal with an aggressive guppy

Have you ever heard of the Thailand Fighting Guppy? No? That’s because they’re not real. But, every once in a while you’ll get a male guppy that “Breaks Bad.” The “Walter White” of guppies.

An unusually aggressive Guppy will nip other small fish and chase after them. This guppy is saying, like Walter once said, “Stay out of my territory!”

(You know the article is going downhill fast when guppies are compared to Walter White.)

Managing symptoms of aggressive behavior is easy, with a little knowledge of feeding Guppies.

A healthy guppy is always interested in food. Because of this, you can expect guppies to protect areas where food is most plentiful. Pay attention to where the extra pieces land in the aquarium. Usually, there will be more signs of Guppy aggression in this region.

To manage aggression, change the fish’s feeding schedule, offer small portions of food several times a day, and in different places in the aquarium.

Adding more females to increase the male-to-female ratio goes a long way toward decreasing male-to-male aggression; that’s because they will end up paying more attention to the females. You can also separate the males by placing them in their own aquarium, so that they each have their own space and their own females to mate with. 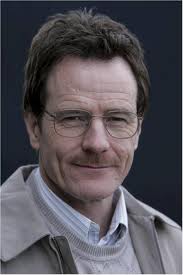 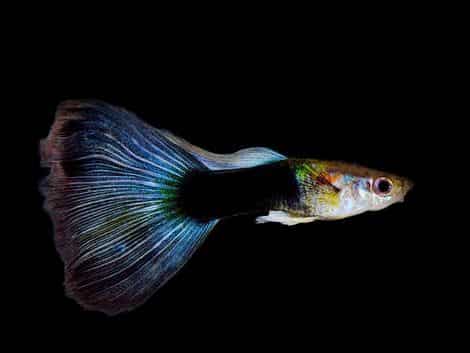 Are guppies compatible with other fish?

Except for the occasional “The Walter White Guppy,” guppies are pretty friendly with his tank mates.

Of course a fish this size can become a tasty meal for larger species.

When keeping guppies in a community tank, opt for similarly sized, non-aggressive tank mates who will not compete for food.

Guppies like to swim close to the surface of the aquarium. When choosing tank mates, consider adding fish that swim in the middle and bottom regions. By doing this, you will give the guppies more room and you will keep all the zones of your aquarium filled.

Finally, don’t forget that the Guppy is a social fish. They like to live in the company of others of their kind. Therefore, keeping them in a group with males and females is the best option to keep them healthy and happy.

Guppies are a very charming little fish and are ideal for beginners. Many aquarists are fans of this species because of the color and movement in the environment. For those setting up their first aquarium, it is worth including some Guppies to get started. 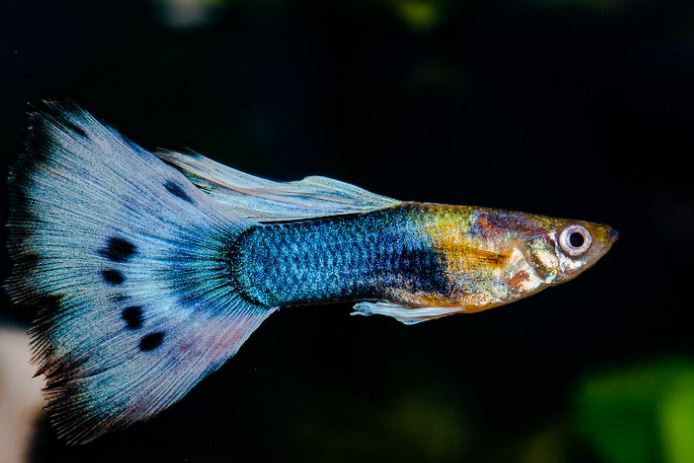 Minimum aquarium: 10 gallons for a trio.

References – Articles and books used in the compiling of this information: 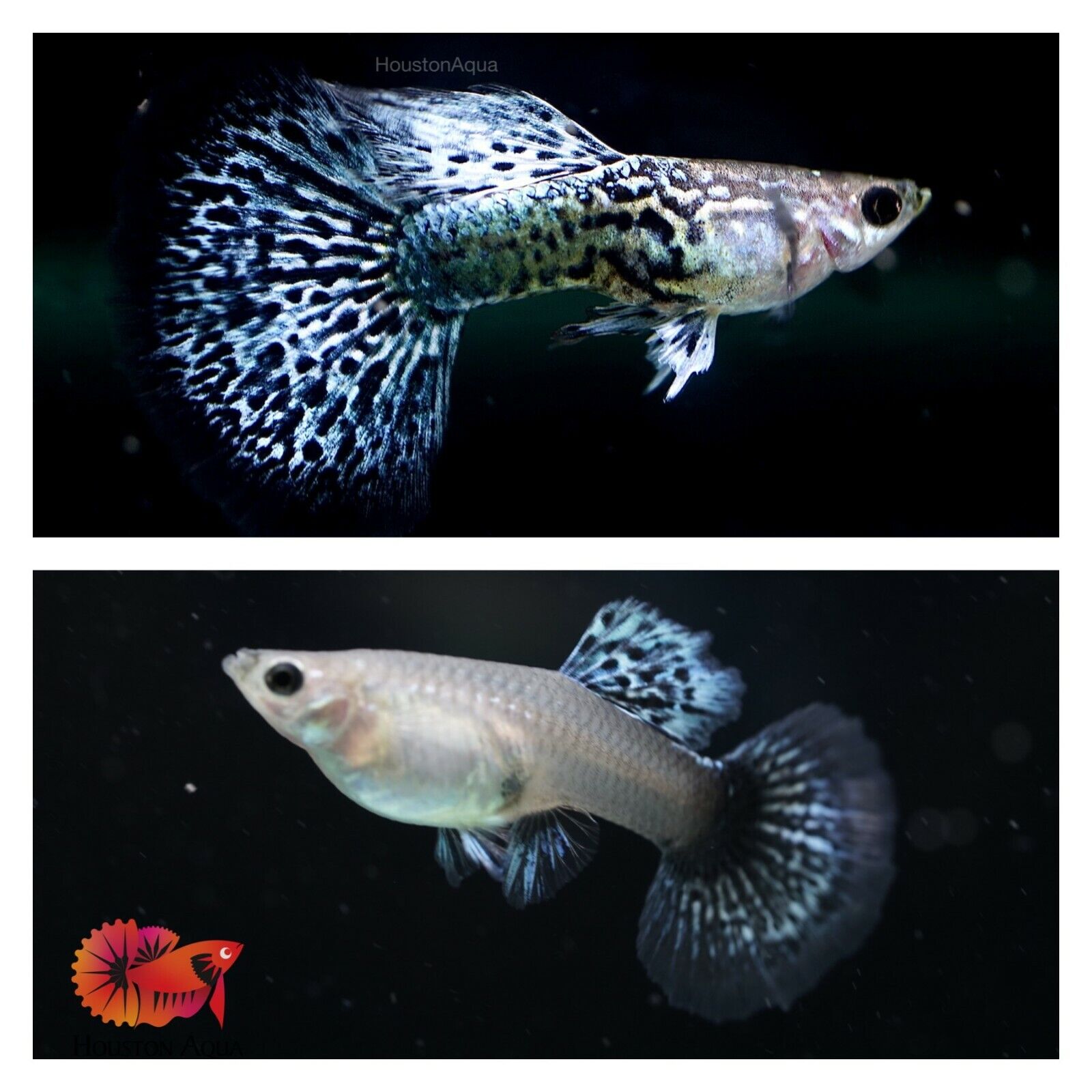