The minimum tank size for this species is around 20 gallons for the minimum of 6 individuals. Preferably use a fine substrate of sand or rounded gravel, avoiding the use of sharp gravels that could damage their barbels and mouth. Species appreciate an aquarium with plenty of plants and shelters to hide in.

You can keep Panda Corys in a community aquarium if the aquarium has small and equally peaceful fish as tank mates. Here is article I wrote that might be helpful in chosing tank mates: 20 Best Fish For Beginners

Guppies would also be an excellent choice for panda cory company.

This catfish is most active at night.

Panda Corys are a friendly and gregarious fish, and will be found in schools ranging from 20 to 100 individuals in its natural environment. Because of this, Corys should be kept in groups of at least six individuals.

Because of its ability to breathe atmospheric air, Corydora fish can commonly be seen swimming quickly to the surface to gulp air and return to the substrate to rest. 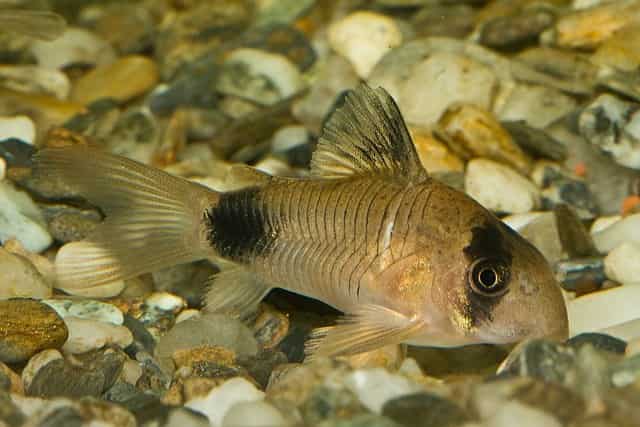 Visitors: You can use these images as long as you link back to my site with the following to this page.

An omnivorous species, in their natural environment, they feed on worms, crustaceans, insects, and plant matter. In captivity, Panda Cory cats will readily accept dry and live food. Like most Corydoras, they will eat food that settles to the bottom of the aquarium.

This species is more active at night; you must provide food when you turn off the aquarium lights. Although they also feed during the day, but are slow to eat and may not compete well with other fish for food.

We often think Corydora catfish of as cleaner fish that live off of leftovers and fish waste. Under no circumstances should we should expect them to survive on ‘leftovers’ of food from other aquarium inhabitants, wastes, and residues. Get rid of leftover food: How to clean an aquarium brimming with fish.

We should feed panda Corys “bottom feeder” foods and live, fresh food. A frozen “live” blood worm would be 5 star dining to a cory catfish.

An oviparous (egg laying) species. During the mating ritual, the couple assumes a position known as the “T,” with the male carrying the upper part of the “T” and the female positioned cross wise to the male. The female will trap two to four eggs between her pelvic fins, where the male will fertilize them for about 30 seconds. The female will only swim near a suitable spot where she will lay the sticky eggs, usually on some flat surface such as aquarium glass, roots, and leaves.

Mating Cory’s will repeat this mating ritual many times, with up to 200 eggs being laid. The incubation period lasts around 4 to 5 days when the eggs hatch. The new born fry will be free swimming three days later. There is no parental care. 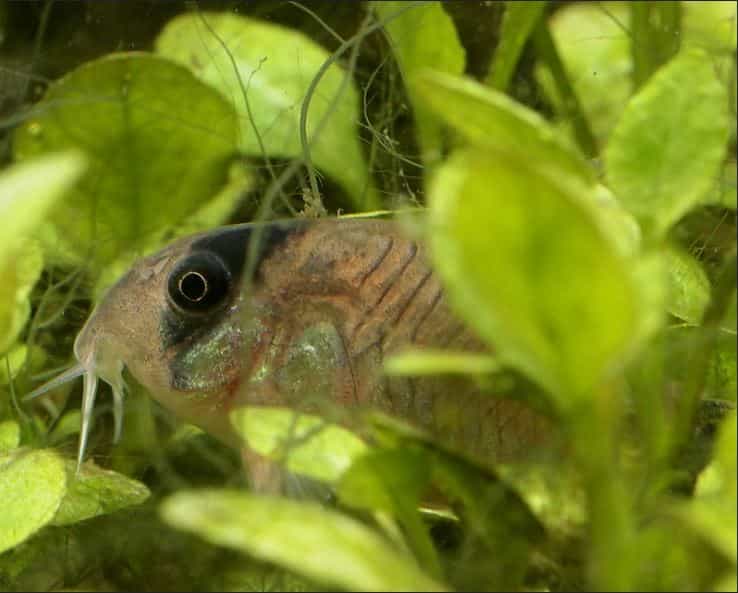 The males are slightly smaller than females. The females are more stocky and have a larger and more dilated ventral region.

Panda Cory’s live in streams of clear, shaded water. These areas will have soft, sandy substrates.

Often these streams are fed with water from the runoff of melted Anddean mountain ice. This cold runoff can occasionally lower the Cory’s water to as low as  66° F.

Corydoras, including the Panda Corydoras, are “optional” air breathers and have a modified intestine that has developed to enable the absorption of surface air. This allows them to survive in waters with low oxygen levels. Because of this, you will occasionally see them come up to the surface to take gulps of air in the aquarium.

It has two spines at its ends of its pectoral fins.This mechanism serves as a defense against predators. When molested, the spines are projected, injuring the predator. There are reports that this species has venom glands in its fins. The rigid spines of the pectoral fin can puncture human skin, and a ‘sting’ can be excruciating, so take care when handling.

Known for eye “blinking” behavior, the Cory’s eyes rotate in their sockets, causing the impression of blinking. This species has a highly developed sense of smell, and its barbels allow it to find food buried in the substrate. Like most catfish, it is an armored species lacking scales, with two rows of bony plates on each side of its body covering the head region. 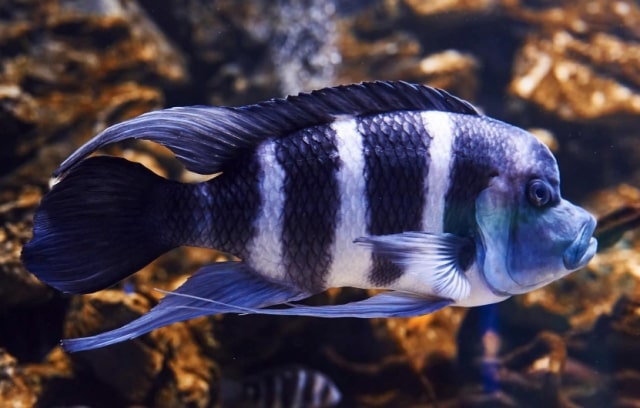 No, that doesn’t mean they sulk around looking upset. Mouthbrooding fish means that the parents gather their young fry in their mouths if there is danger nearby. 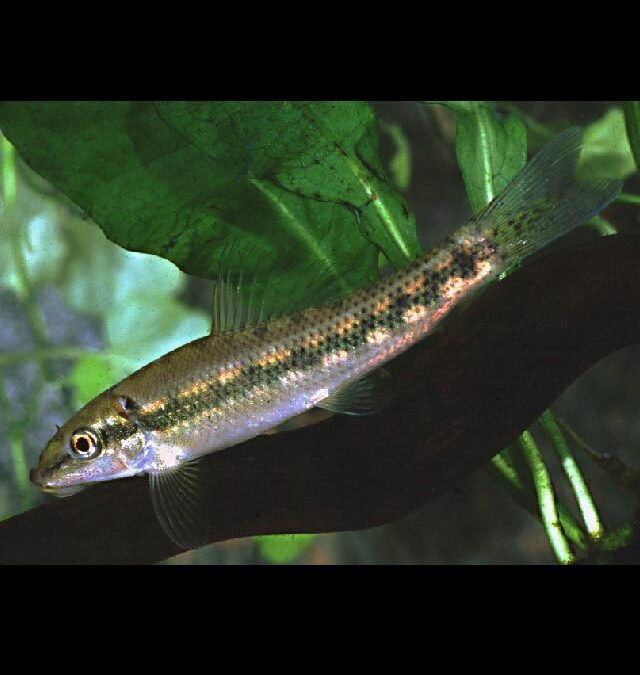 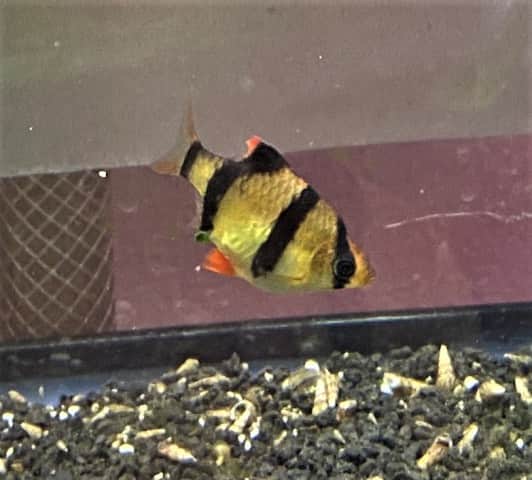